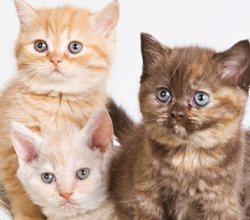 The Dove Cat Rescue Sanctuary was founded by Dorothy Lowe in Disley in 1985, and moved out to Dove Holes, near Buxton in 1997.

We rely heavily on volunteers to look after cats on a day to day basis and despite being one of the smallest sanctuaries in the region, are currently caring for nearly 70 cats and kittens from a wide area: we also have a large number waiting to come in, many of them desperate cases.

Until 2003 our main revenue was from our charity shop in Disley, but after 12 years, and despite strong local protest, we had to move out to make way for an estate agent.

To try and make up some of the lost revenue, the Sanctuary regularly has a stall at Car Boot Sales in the region, and volunteers hold coffee mornings in the Disley Community Centre. We also produce an annual newsletter, which goes out at Christmas to friends and supporters of the Sanctuary.

If you feel you can help the Sanctuary in any way, particularly if you can spare a morning a week with other volunteers, feeding our cats and cleaning pens then please telephone Dorothy Lowe on 01298 816200.

Welcome to the Dove Cat Rescue Sanctuary Web Site with who and what we are all about. We are a caring voluntary group set up to offer sanctuary to all cats of any age.  In most cases adopting from us gives our cats a chance of a better life with a caring owner. Not all our cats have been brought in as strays or victims of cruel treatment. Often a change in circumstances - the breakdown of a relationship or the death of an elderly owner for example - can be the reason some of our cats are looking for a new home. The new owner is expected to make some contribution towards the upkeep of the Sanctuary when he or she takes a cat.

CAN YOU HELP US?

At certain times of the year we take in pregnant cats. We can offer them food and shelter and lots of T.L.C, but what they need is a SAFE and cosy home where they can give birth away from the other cats. All foster families will be provided with food, bedding and cat litter. Any veterinary care expenses will also be covered.

The Sanctuary will be responsible for re-homing the mum and kittens but if you are able to help with the homing that would be an advantage.

Sometimes we're asked to find homes for cats that are not used to living indoors. These cats need special homes with adequate outdoor shelter and regular food: they would like the freedom to come and go as they please. The ideal life for them would be to live on a farm or stables. These cats are good mousers.

If you can offer these cats a home please call Dorothy Lowe 01298 816200, we can let you know if any are available when you call and if not take your details so we can contact you when we have any needing a home